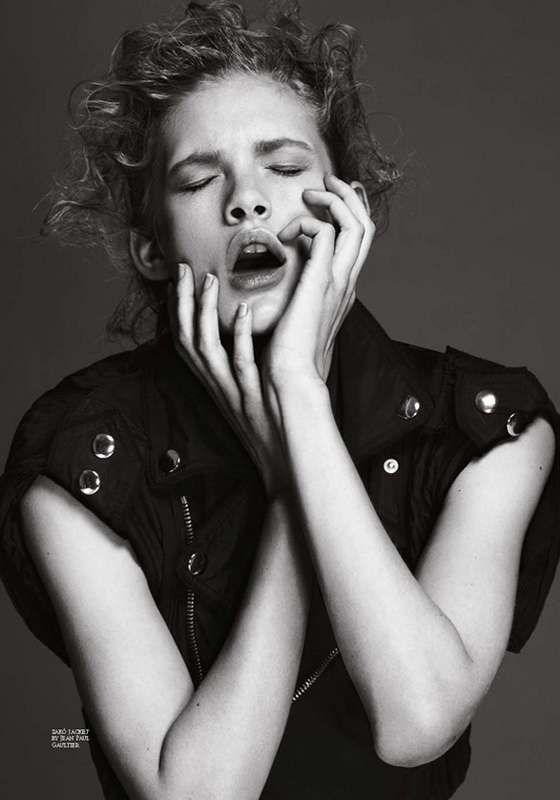 Marissa Brassfield — May 31, 2011 — Fashion
References: theroom.hu & designscene.net
Share on Facebook Share on Twitter Share on LinkedIn Share on Pinterest
Models Liu Wen, Martha Streck, Ilse de Boer, Irina Kulikova and Georgina Stojiljkovic make quite an expressive team for Palette Chromatique in The Room #13. The Spring/Summer 2011 photo shoot features a series of quotes about traditional superstitions in the models' native cultures next to their photos, a detail that adds even more interest to the piece.

The backdrops and photo treatment vary from shot to shot; the color shots feature vibrant backgrounds in red, blue and green, while others are captured in black and white. The only constant is photographer Emilio Tini's innate ability to capture the models' most expressive moments.