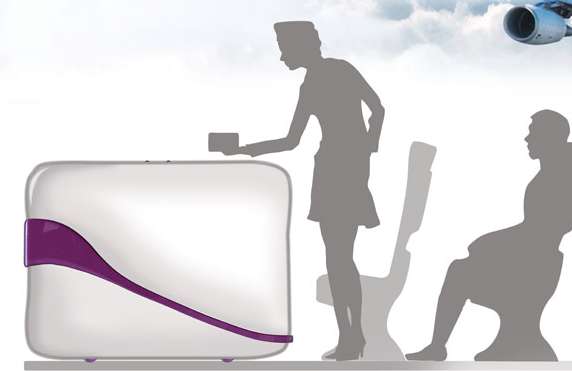 Orbit Trolley Serves Up an Efficient Frame on Space-Starved Airplanes

Amelia Roblin — June 14, 2012 — Autos
References: coroflot & tuvie
Share on Facebook Share on Twitter Share on LinkedIn Share on Pinterest
A passenger will rarely win a standoff against an airplane meal cart, and according to Heather Dunne's research, flight attendants feel no less frustrated with the bulky obstacles that they push up and down the aisles. The Orbit Trolley is an innovative solution to several problems that aircraft occupants face, and its success can be attributed to size and its mechanics.

At just eight inches wide, the pushcart allows people to pass on one side, and its extra lengthy body still accommodates up to 60 packaged dinners. Stewardesses pick the compact boxes from openings in the top of the Orbit Trolley and a pressure shelf system elevates the cartons below to prevent any need to bend over. Finally, the compartment travels along a rail to keep it secure during turbulence and straight in course from nose to tail.
3
Score
Popularity
Activity
Freshness
Get the 2021 Trend Report FREE