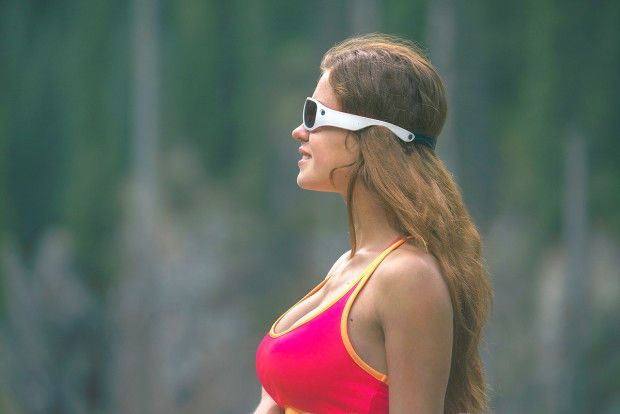 Other 360 video cameras are much like regular cameras in that they require some sort of peripheral mount, and even small action cameras for recording 360-degree video stick out conspicuously. ORBI Prime fits just like a pair of sports sunglasses, with an optional elastic strap around the back, allowing people to record their activities without any extra equipment.