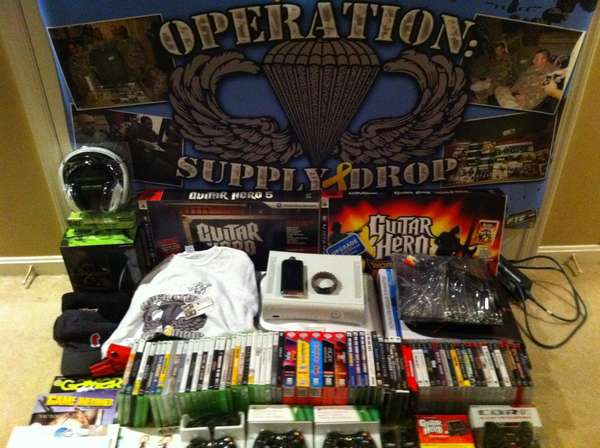 Omar Yusuf — October 10, 2011 — Tech
References: fronttowardsgamer & gamepolitics
Share on Facebook Share on Twitter Share on LinkedIn Share on Pinterest
Although it started with a humble attempt to ship a console and a handful of games to embedded U.S. troops in Afghanistan, Operation Supply Drop quickly mounted in its scale and complexity, as sympathetic gamers began donating their wares to the wary combat troops. Today, it's in the mail headed for Kandahar Airport and contains almost 100lbs of gaming goodness.

Activision, EA, Rockstar, Valve, PopCap, Microsoft and swathes of other big names in the industry threw their weight behind Operation Supply Drop to eventually gather enough content to entertain every single Marine stationed in Afghanistan. In reality, however, the first supply drop is being sent to Ryan, a Blackhawk pilot, and his support team stationed in northern Afghanistan. If you're looking for a feel-good, tax deductible charity to donate to, take a second look at FrontTowardGamers, the not-for-profit behind this initiative.
1
Score
Popularity
Activity
Freshness
Attend Future Festival Virtual