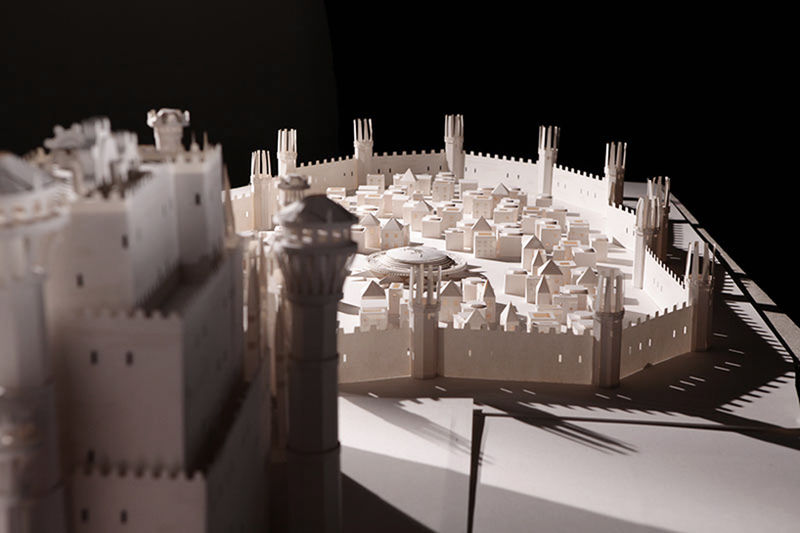 Dadomani Recreates the Beginning of Game of Thrones Using Paper

Misel Saban — April 21, 2016 — Art & Design
References: dadomani & designboom
Share on Facebook Share on Twitter Share on LinkedIn Share on Pinterest
With the sixth Game of Thrones season airing soon, animation firm Dadomani recreated the opening sequence of the popular fantasy show entirely out of paper. The landscape of the King's Landing kingdom is completely remade out of paper to a miniature scale in honor of limited edition Moleskin notebooks that celebrate the show. The papercraft constructions showcase the detail and artistry behind the fantasy world using carefully folded sheets of paper.

The city is recreated in great detail and to miniature size entirely using paper. In the opening credits of the show the city is depicted in a series of turning gears and cogs that are remade in this paper version that copies the same style.

The end result features 7,600 pieces of cut out paper in the construction of King's Landing.