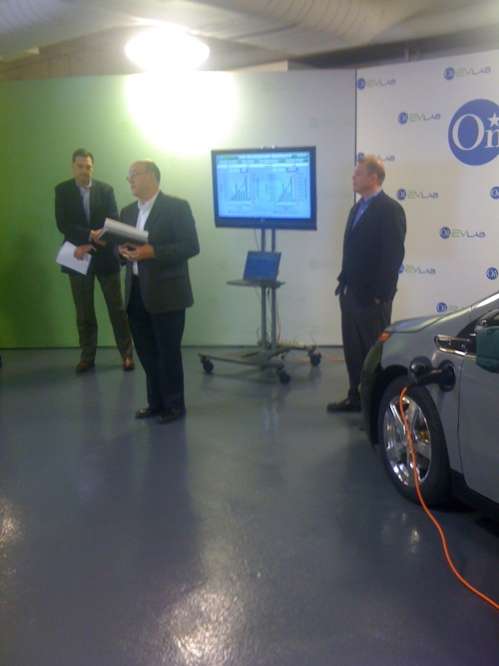 Marissa Brassfield — October 20, 2009 — Autos
References: onstar & reuters
Share on Facebook Share on Twitter Share on LinkedIn Share on Pinterest
Tuesday afternoon, while in the Motor City to attend The Business of Plugging in 2009 conference on plug-in auto technology, I had the good fortune of touring the OnStar Command Center and OnStar EV Lab to see firsthand how GM-affiliated technologies like the OnStar Stolen Vehicle Slowdown aim to revolutionize car safety.

We introduced the OnStar Stolen Vehicle Slowdown feature in 2007, but it’s since been rolled out to 2009 GM production vehicles. OnStar has also added the Remote Engine Block, which allows OnStar to disable the engine of a stolen vehicle once it’s been turned off.

In a timely turn of events, during our tour and presentation, senior communications manager Jim Kobus relayed an anecdote from the previous evening in which an OnStar subscriber’s vehicle was stolen. Using the OnStar Stolen Vehicle Slowdown in conjunction with local law enforcement, the stolen car was back in the hands of law enforcement—less than 17 minutes after the car was first reported stolen.

Check out a video on the OnStar Stolen Vehicle Slowdown—as well as some iPhone snaps I captured during the tour—above.
3.9
Score
Popularity
Activity
Freshness
Get Better and Faster