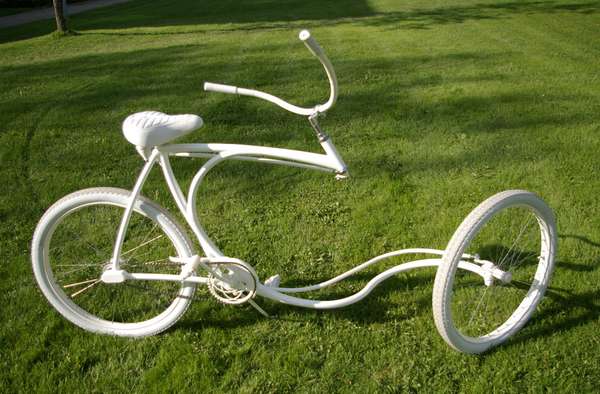 Forkless bicycles like Ollie Erkklia's cruiser bike don’t have the typical fork that stems from the handlebar to the front tire. Quite odd and funky, but as to its actual functionality, that’s up for debate. After all, the chain belt isn’t attached to the front wheel! And while there is a picture of a person sitting on the bike, it can’t be confirmed whether he is actually pedaling and moving.

Regardless, forkless bikes like Ollie Erkklia's cruiser bike are really neat to look at, if not to ride!
4.6
Score
Popularity
Activity
Freshness
Jeremy Gutsche Keynote Speaker