Top 30 Menswear Trends in February
Next
Set of
Related
Ideas 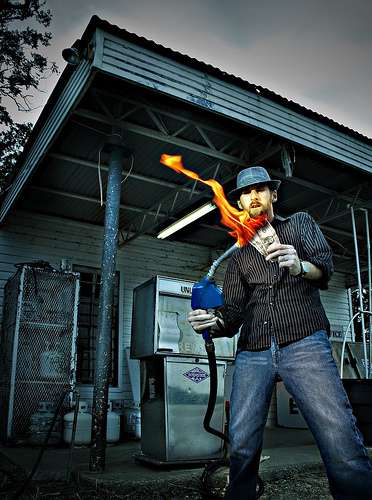 Images to Prove Artists Will Never Run Out of Creative Fuel

Bianca — December 19, 2008 — Business
References: trendhunter
This year we have watched oil prices go from record highs to a tremendous four year low. The recession has left people more preoccupied with these figures than ever, but the OPEC president expects oil prices have already hit their low.

While we don’t know what 2009 will bring, we do know that 2008 brought plenty of media attention on oil prices, but we also saw that it inspired a lot of creativity.

This image gallery includes photos from Flickr users inspired by the soaring cost of oil prices in 2008. Some are artistic metaphors, while others are depictions of the human impact oil prices have had. This just drives home the fact that anything can inspire an artist.