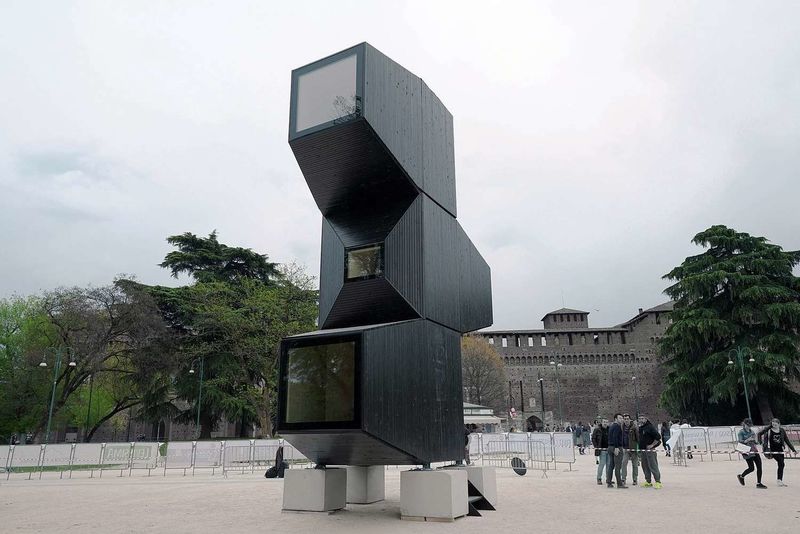 Joey Haar — June 23, 2017 — Art & Design
References: ofis.si & archdaily
By name, OFIS Architects' 'Living Unit' sounds rather bland. But its simplistic name is far from indicative of the building itself, as Living Unit is in fact a highly modern and futuristic housing concept that merges comfort with flexibility.

OFIS Architects' current structure consists of three symmetrical volumes placed one on top of the other. Each volume has a large window on one end and a smaller window on the transverse face, and these windows alternate directions as the volumes rise.

On the interior of the structure, a narrow set of floating stairs extends from the ground floor to the second unit, while a ladder climbs from the second unit into the third. However, part of the appeal of OFIS's Living Unit concept is that each volume can be separated and used on its own or combined with other volumes in a plethora of formations, helping the building to adapt to the requirements of the environment and its inhabitants.
3.3
Score
Popularity
Activity
Freshness