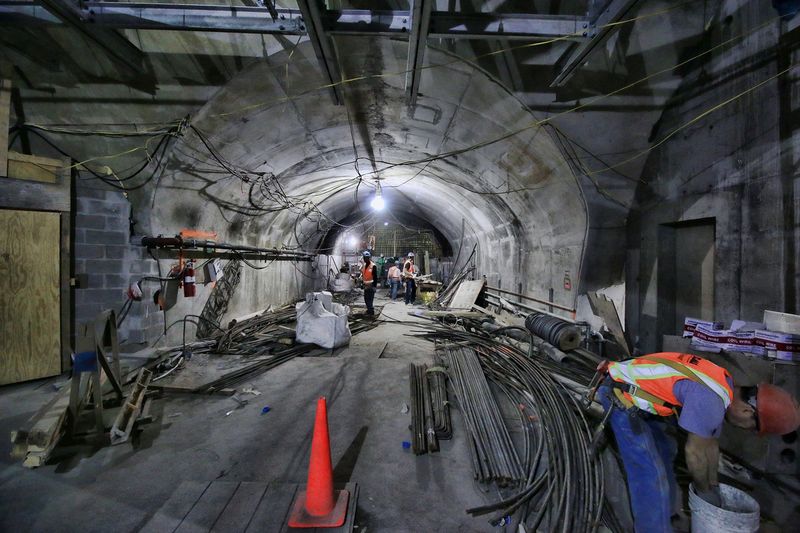 Corinne Guirgis — May 28, 2015 — Autos
References: untappedcities & mashable
Share on Facebook Share on Twitter Share on LinkedIn Share on Pinterest
Just over 82% complete, the NYC Second Avenue Subway will bring relief to East Side Manhattanites who find living and working in the city a touch inconvenient. But these surreal photos of the newly installed train tracks taken by photographer Bhushan Mondkar will be a treat to more than just New Yorkers. For those who are simply enamored by the expansion of New York's already expansive subway system, they provide a behind-the-scenes look at the building process, which boasts many successes amidst a sea of challenges.

Dr. Michael Horodniceanu, president of Capital Construction at Metropolitan Transportation Authority, anticipates that the last 18% will be the most challenging, but is confident that the project will open by its projected December 2016 launch.

As a part of the first phase, three new stations at 96th, 72nd and 86th streets will be added, and those who frequent the existing station at 63rd and Lexington will be excited by its planned makeover. After the opening, the Q train will be rerouted along this line.

Between testing new systems and integrating them with existing infrastructure, subway expansion is no easy feat in an already developed metropolitan city, but the successful launch of the NYC Second Avenue Subway should be a model for other cities hoping to do the same.
0.7
Score
Popularity
Activity
Freshness
Jeremy Gutsche Keynote Speaker