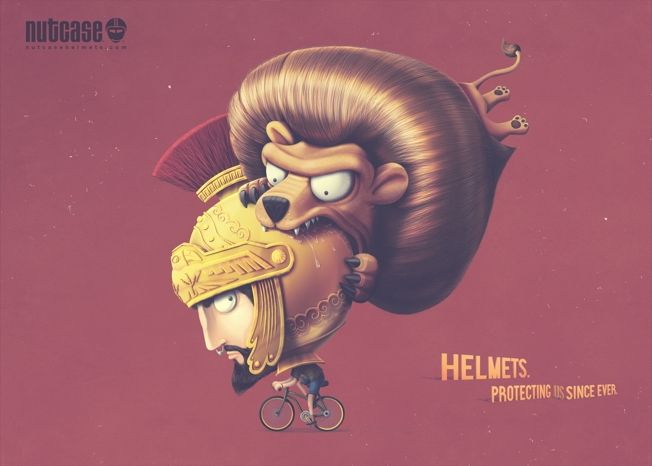 This Campaign for Nutcase Helmets Depicts Cyclists Being Oddly Attacked

In order to do this, Juan Bakea reimagined the typical cyclist as a large-headed cartoon. Each wears protective gear, which range from heavy armor to vintage scuba gear. As they bike however, they're being attacked by an enormous animal, or in one case, a ninja with nunchucks.

While one man travels, a fire-breathing dragon follows closely behind. In another, the cyclist continues to ride while a vicious lion clamps onto his head with its teeth. With these Nutcase Helmets ads, the brand shows how strong its products are -- telling consumers that they'll be kept safe while wearing them no matter what.
6.1
Score
Popularity
Activity
Freshness
Attend Future Festival