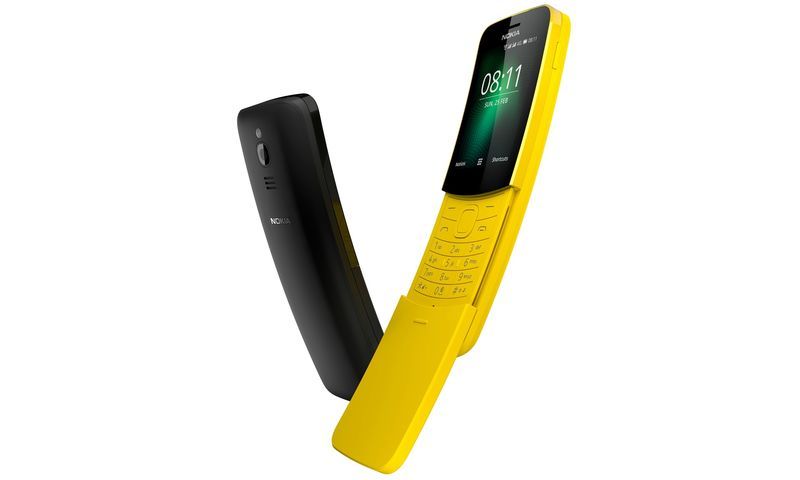 Justin Lam — February 26, 2018 — Tech
References: huffingtonpost.co.za & theguardian
Share on Facebook Share on Twitter Share on LinkedIn Share on Pinterest
Nokia is reviving a 90s classic in its revamped Nokia 8110 slider "banana" phone. First released in 1996, the Nokia 8110 gained immense popularity as a starring gadget in the hit film The Matrix. The original phone was groundbreaking for its time and was one of the first to feature an ergonomic shape and iconic slider that revealed a tactile keyboard. These were the core design elements that HMD Global, the company now operating the Nokia phone brand, stuck to in its modern interpretation of the Nokia 8110.

The revamped Nokia 8110 functions on the Smart Feature OS and features 4G connection, as well as a limited amount of apps. Facebook, Maps, email, Twitter and even access to Google Assistant will be available on the phone. While the general appeal of the Nokia 8110 will be for a sense of nostalgia, HMD Global has not skimped on the features, as the 8110 comes equipped with a Qualcomm 205 Mobile Platform processor, 512MB of RAM and 4GB of storage. The QVGA display is quite compact and is very efficient, as the phone boasts an impressive 25 days of battery standby.