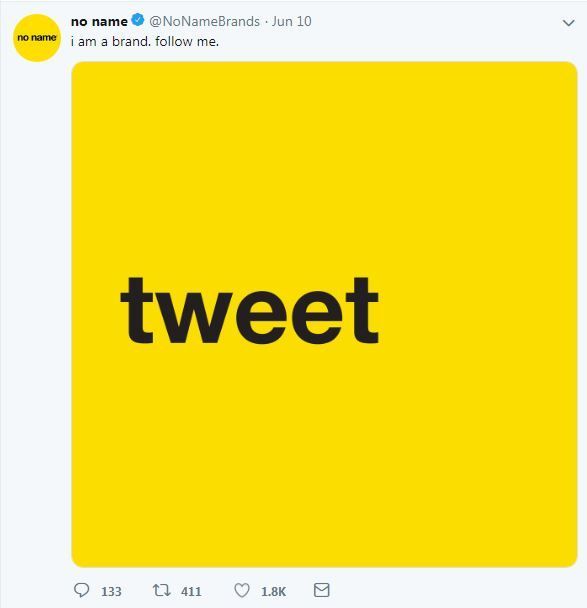 no name Launched A Straightforward and Hilarious Campaign

The straightforward campaign features the brand's iconic yellow coloring and its black Helvetica typography and highlights over 500 of no name's 'Simple Check' products that are made without synthetic coloring, artificial flavors, and sweeteners. One humorous billboard included that states 'billboard for outdoor ads' with the brand's logo. The brand's Twitter presence has also gained substantial attention online, one tweet displays the word "tweet" with a caption that states "i am a brand. follow me."