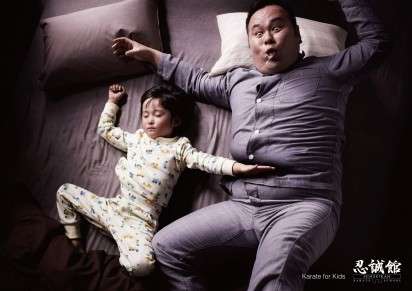 Meghan Young — February 14, 2012 — Marketing
References: greygroup.jp & ibelieveinadv
Share on Facebook Share on Twitter Share on LinkedIn Share on Pinterest
The Ninseikan Karate School campaign is so effective, it will have children practicing their newly learned fighting moves even in their sleep -- to the obvious discomfort of teddybears and fathers everywhere. Absolutely adorable, this ad campaign emphasizes the dedication and discipline children will experience while under the tutelage of teachers at this particular karate school. Learning these skills may be highly important, but it can be fun and fulfilling as well.

The Ninseikan Karate School campaign was conceived and executed by Grey, an ad agency based in Tokyo, Japan. Although a simple concept, the ad campaign is also clever. It will appeal to parents and children alike through its message and hilarious images.