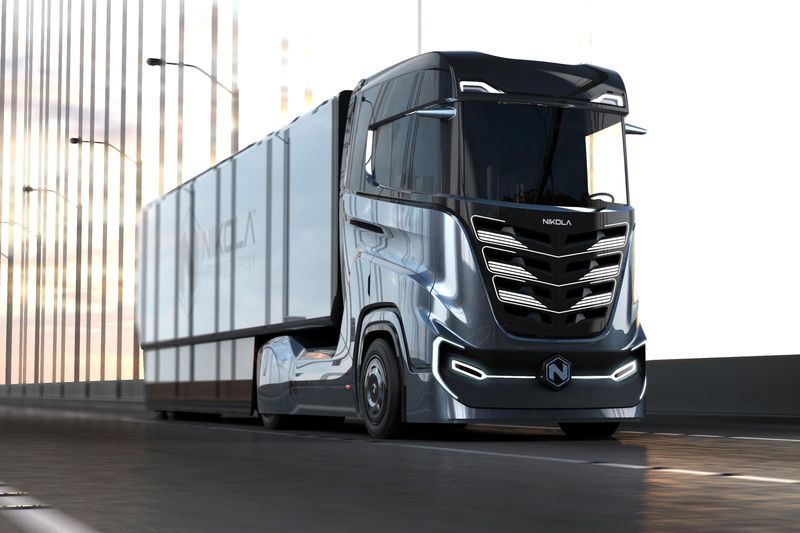 The Nikola Tre Runs on Hydrogen Fuel Cells and Batteries

Justin Lam — November 6, 2018 — Autos
References: nikolamotor & cnet
Share on Facebook Share on Twitter Share on LinkedIn Share on Pinterest
Designed as the first hydrogen-electric truck for the European market, the Nikola Tre is a new concept vehicle built to meet European trucking regulations. Conceived by Norwegian-based Nikola, the newly announced vehicle will run on 800-volt batteries, and a hydrogen fuel cell to take in compressed hydrogen gas and convert it into electricity, resulting in potable water as its only byproduct. The vehicle will be available in both 6x4 and 6x2 configurations, with anywhere from 500 and 1,000 horsepower.

The vehicle is still in development but intends to hit the market in four to five years. According to the manufacturer, the Nikola Tre has already received $11 billion in pre-orders and will likely bring in additional cash from the EU.
3.9
Score
Popularity
Activity
Freshness
View Innovation Webinars