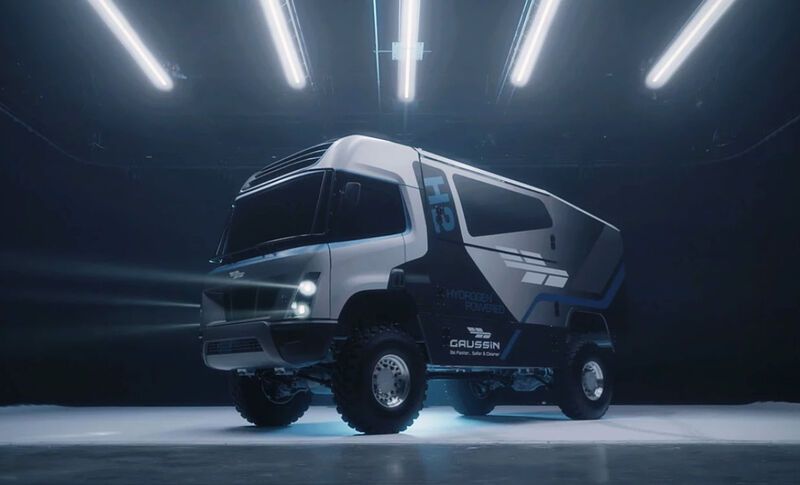 The one-of-kind truck is equipped with a 402-hp electric motor at each axle and extra-large, 176-pound hydrogen fuel cells. If the truck is carrying heavier loads, the vehicle can also draw power from its 82-kilowatt-hour battery. According to the company, the H2 Racing Truck can reach top speeds of 87 miles per hour with a range of 155 miles (in race conditions). In non-race conditions, the truck is designed to cover approximately 500 miles on a single hydrogen fill and fully charged battery.

Although the truck was designed to handle the Dakar Rally, Gaussin plans to give it a general release, making it one of the company's five hydrogen-electric trucks slated to enter the market in the coming years.