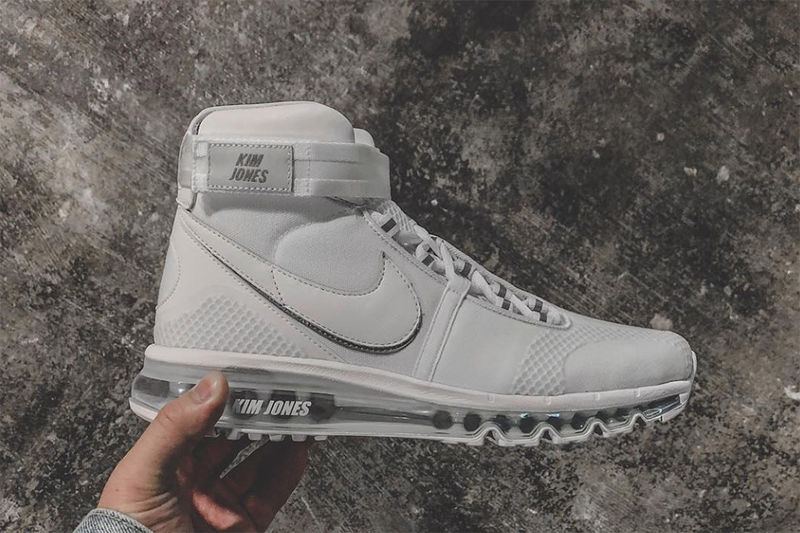 Riley von Niessen — May 18, 2018 — Fashion
References: instagram & highsnobiety
Renowned English fashion designer Kim Jones recently collaborated with Nike to come up with a new NikeLab Air Max model, which has yet to receive an official name.

The sneakers boast a sleek build, with an all-white colorway that works in tandem with transparent accents on the midsoles that further contribute to the futuristic vibe. On the sides of the uppers, Nike's Swoosh is featured in a minimal form, with the logo in a matching hue of chalk white, with a deep gray accent underneath that gives off a shadowy effect.

On the straps at the tops of the shoes, Kim Jones' branding is featured in simple box logos, matching the font that's used in white on the soles of the sneakers as well.
3.6
Score
Popularity
Activity
Freshness