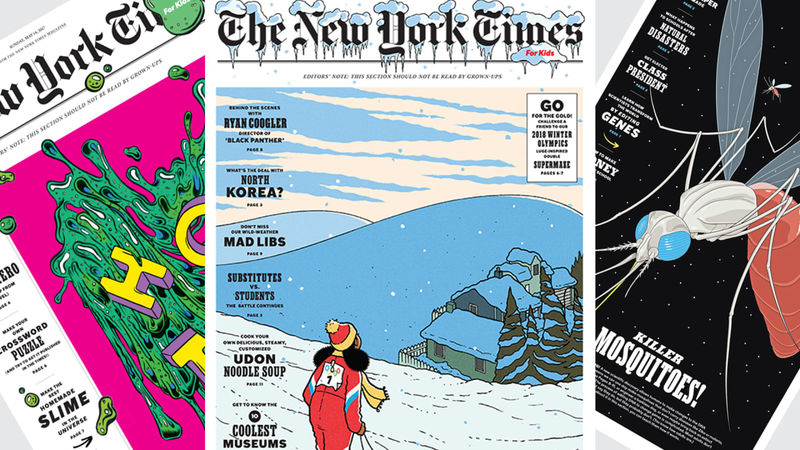 Joey Haar — January 26, 2018 — Pop Culture
References: nytimes & fastcodesign
The New York Times is a venerable institution, notable in recent years not only for its reporting but for its success as one of the few traditional papers to thrive despite the changing habits of internet-inured modern readers, and New York Times kids edition shows the creative risks that the paper is willing to take in solidifying the loyalty of its readership. The special edition paper, which is set for release this Sunday, is designed specifically for children, including a tongue-in-cheek warning on the front page: "This section should not be read by grown-ups."

The New York Times kids edition is geared toward kids in every facet. Its front page includes an illustration depicting a girl sledding, it includes a funnies page with jokes about embarrassing mishaps in the classroom, and it even includes opinion blurbs from real kids around the US. The special edition will be a regular feature of the Times from now on, occurring on the last Sunday of every month.
5.3
Score
Popularity
Activity
Freshness