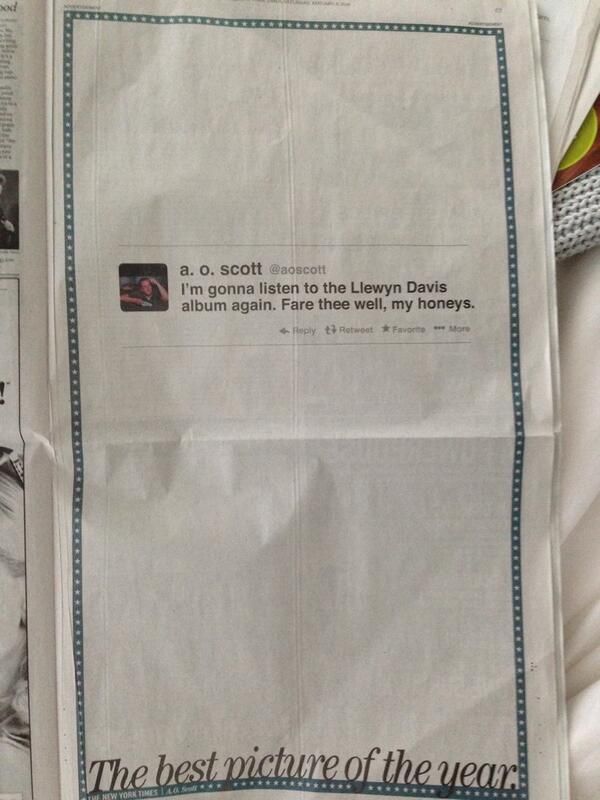 Laura McQuarrie — January 9, 2014 — Marketing
References: mashable & psfk
Share on Facebook Share on Twitter Share on LinkedIn Share on Pinterest
CBS Films had an unusual New York Times put into a Saturday edition of the paper to promote ‘Inside Llewyn Davis,’ one of its latest films. The full page ad featured a lot of white space and at its center, a single tweet from New York Times film critic A. O. Scott.

The original tweet read: “You all keep fighting about Wolf of Wall Street and Am Hustle. I’m gonna listen to the Llewyn Davis album again. Fare thee well, my honeys,” but rules set up by the Academy prohibit the mention of competitor’s movie titles in ads, which seems to work strangely well in this case, even if the ad is a little abstract.

However, if CBS Films did not get permission from A. O. Scott to use his tweet, there could be some negative repercussions as it violates a Twitter guideline on the use of content without permission.
5.2
Score
Popularity
Activity
Freshness
Attend Future Festival