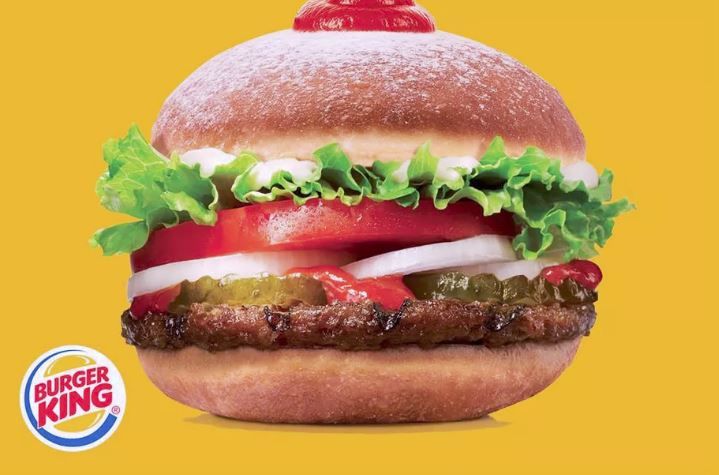 Burger King Created a New Whopper in Celebration of Hanukkah

Riley von Niessen — December 7, 2016 — World
References: eater & hypebeast
Share on Facebook Share on Twitter Share on LinkedIn Share on Pinterest
Getting into the holiday spirit, the team at Burger King Israel designed a new Whopper, which features its usual toppings sandwiched between two donuts. Rather than traditional jelly filling however, the donuts are stuffed with ketchup -- making it an infusion of sweet and savory flavors.

While this might seem a little unappetizing to some, the company claims that it "proves that miracles still happen." With the 'Festival of Lights' nearing, the new Whopper was made in celebration of the Jewish holidays. Burger King's donut burger will be available as of Christmas, however after New Years day, it'll be gone from its locations in Israel. Due to its limited life, dedicated foodies are sure to get out to try a bite of the new Whopper.
2.2
Score
Popularity
Activity
Freshness
Get the 2021 Trend Report FREE