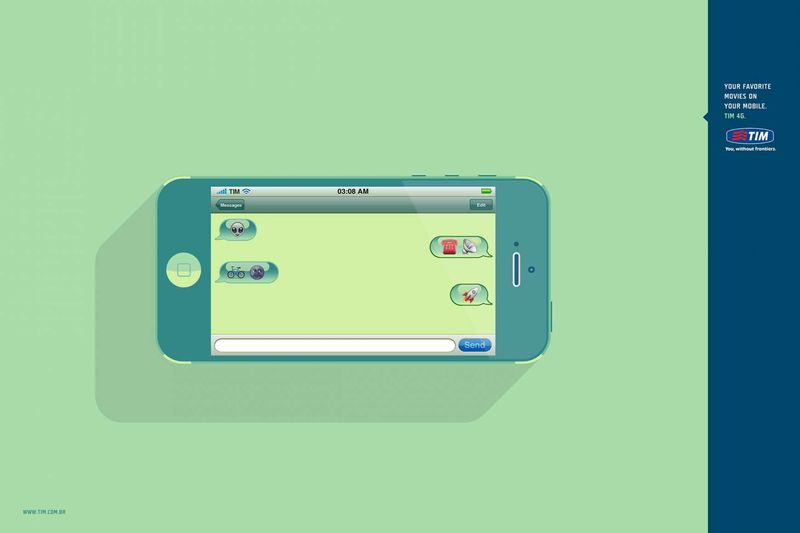 Laura McQuarrie — February 17, 2015 — Tech
References: tim.br & adsoftheworld
In order to show the power of its plans, these TIM 4G network ads show some of the movies you'll be capable of watching on your smartphone. The ads are set up like a conversation made entirely up of emojis, featuring a few icons to identify major movies like The Lady and the Tramp, E.T. and The Life of Pi.

The ads are visually striking and minimal, simply stating that this is just the start of the content that can be enjoyed on its 4G Internet plan. While viewing videos on YouTube is often an activity that sucks up a lot of data for those without the right phone plan, being able to watch an entire movie on a phone is definitely appealing to those who are always on the go.
3.7
Score
Popularity
Activity
Freshness