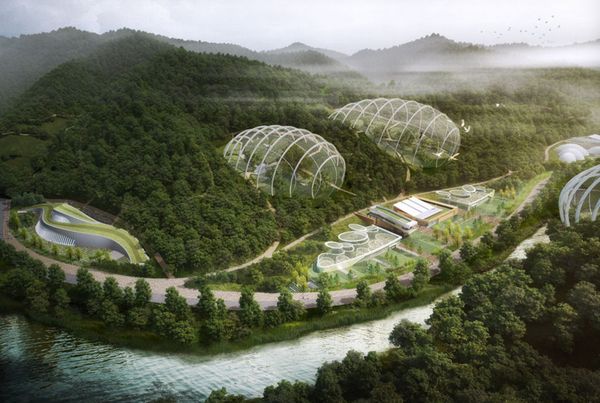 The National Research Center for Endangered Species by Samoo is Admirable

Meghan Young — March 14, 2014 — Eco
References: samoo & theverge
Share on Facebook Share on Twitter Share on LinkedIn Share on Pinterest
Saving the world's wildlife has just gotten a little easier thanks to the winning proposal for the National Research Center for Endangered Species. Set to be built between a tree-lined valley in Yeongyang-gun, South Korea, the plans look like a scene straight out of a sci-fi film. A set of large glass biodomes are embraced by the natural foliage while a tiny town of facilities rest at its feet, making it truly picturesque.

Designed by architect and engineering firm Samoo, the construction of the National Research Center for Endangered Species may disrupt nature for a bit, but it is a national research and conservation effort in the end. The most exciting part of the project are the enclosed ecosystems, which will help breed and raise endangered birds before releasing them back into the wild.
5.8
Score
Popularity
Activity
Freshness
Jeremy Gutsche Keynote Speaker