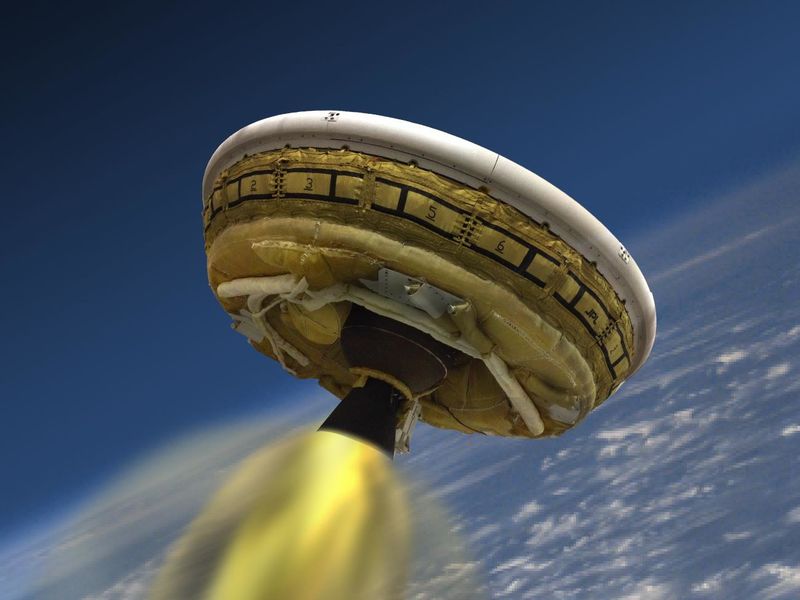 The NASA LDSD is Outfitted with Better Brakes for Safer Landing

Meghan Young — June 8, 2015 — Autos
References: nasa.gov & theverge
Share on Facebook Share on Twitter Share on LinkedIn Share on Pinterest
The NASA LDSD (Low-Density Supersonic Decelerator) may have been revealed last year, but it has since undergone a few tweaks to ensure the best performance in space. After all, as The Verge notes, "Going to space is hard. Going to another world is even harder. Safely landing on another world is about as difficult as it gets."

In an attempt to address the latter, the NASA LDSD has been outfitted with an improved break system consisting of a supersonic inflatable aerodynamic decelerator and massive parachute. Last year may have seen a disastrous landing using a parachute, but the design has since been improved. The Verge writes, "The new parachute measures about 100 feet (30.5 meters) in diameter, which makes it more than twice as big as the one used to land Curiosity" in order to " withstand the forces of deceleration."
1.9
Score
Popularity
Activity
Freshness
Attend Future Festival