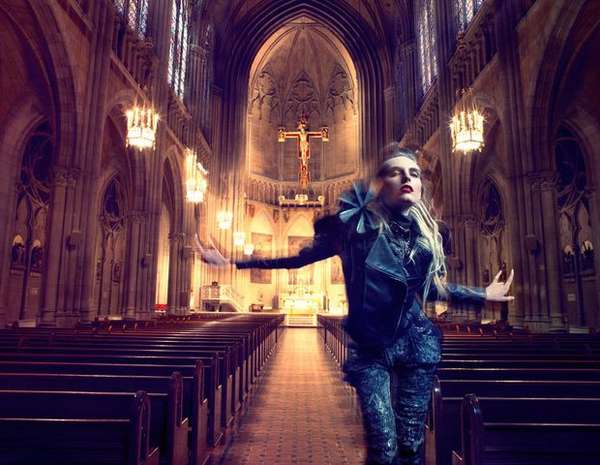 Meghan Young — October 23, 2011 — Fashion
References: eliaswessel & fashionising
The Myf Sheperd Vixen photo spread uses a religious theme. Although this theme has been done before, there is something quite arresting about these particular images. The shoot avoids the common nun reference, and there is also a dark and edgy aesthetic that contrasts beautifully with the majestic surroundings.

Shot by fashion photographer Elias Wessel, who is based in New York, the Myf Sheperd Vixen shoot is set to appear in the magazine’s third issue. Although the marriage of fashion and religion may offend some people, the two themes complement each other flawlessly. The majestic setting gives the fashion a much more dramatic presence. The Gothic undertone is very prevalent, and is a common pattern for the upcoming fall and winter seasons.
5.5
Score
Popularity
Activity
Freshness