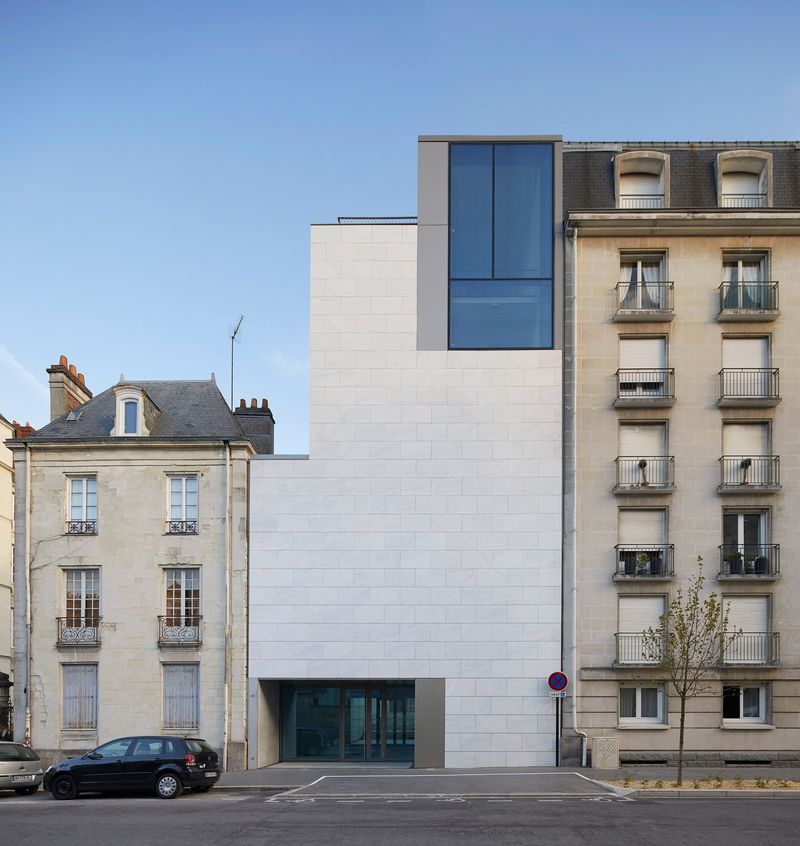 Joey Haar — June 28, 2017 — Art & Design
References: dezeen
Share on Facebook Share on Twitter Share on LinkedIn Share on Pinterest
The Musee d'arts de Nantes is a fine arts museum that adheres to the age old traditions of the media, but the new extension from Stanton Williams, a London architecture firm, shows that even something as potentially stuffy as the Musee d'arts de Nantes can expand into modern creativity. As opposed to the original buildings that form the museum, the extension, called The Cube, abandons Renaissance design in favor of monolithic marble bricks and smooth glassy surfaces.

Though the marble covering the majority of The Cube's facade might be what stands out most to museum attendees, the architects were most focused on how to manipulate light on the interior. As such, they added a large panel of windows near the top of the front-facing facade.
1.3
Score
Popularity
Activity
Freshness
View Innovation Webinars