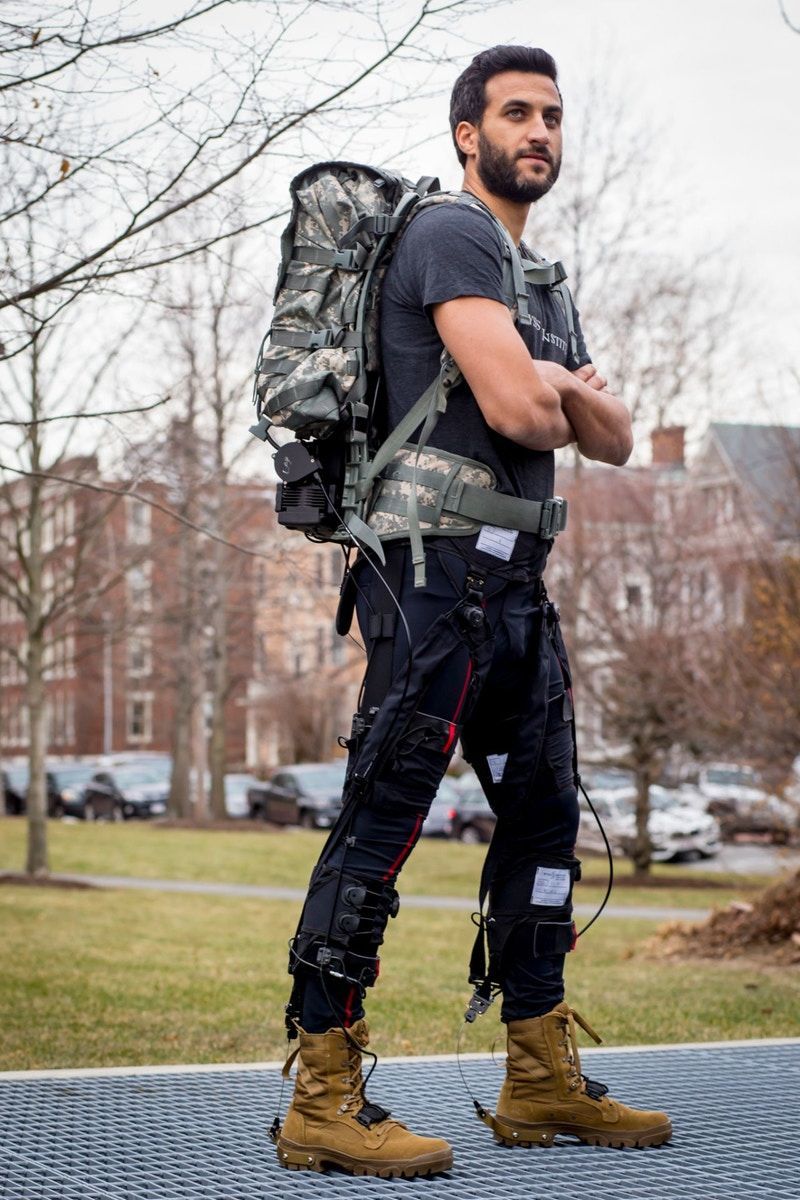 Justin Lam — September 24, 2018 — Lifestyle
References: wyss.harvard.edu & digitaltrends
Share on Facebook Share on Twitter Share on LinkedIn Share on Pinterest
Exosuits are quickly leaping out of science fiction and into reality and the new multi-joint robotic exosuit may be the biggest leap forward so far. Developed by researchers at Harvard University’s Wyss Institute, the new robotic exosuit manages to innovate with its textile-based design and focus on modularity.

Intended to serve soldiers, firefighters and other rescue workers, the multi-joint robotic exosuit promises to augment the wearer's natural abilities while also reducing strain on the body. The research project into the exosuit was funded by the US defense group DARPA and was recently put through its paces by soldiers. According to Dave Perry, an engineer working on the project, “Being a DARPA-funded project, military applications were the initial focus, but this is really useful work for anybody who could use some help walking.”
3.4
Score
Popularity
Activity
Freshness
Access Advisory Services