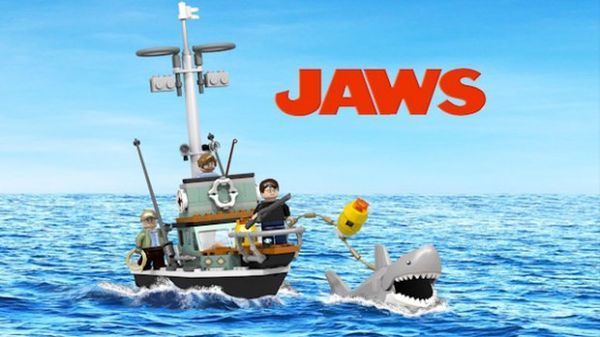 Megan Facciuolo — May 1, 2014 — Life-Stages
References: flickr & technabob
Share on Facebook Share on Twitter Share on LinkedIn Share on Pinterest
LEGO recreations have always been a hobby for both kids and adults, but to Tris Spencer, it's more than just a hobby; he is turning his movie-themed LEGO sets into charitable projects. His recent set, based on the classic Steven Spielberg movie 'Jaws,' was created in hopes of making contributions to the Shark Savers charity.

The set includes the iconic Orca boat, figurines of Martin Brody, Matt Hooper, Sam Quint and of course the movie's star, Bruce, the Great White shark. If the marine-inspired project gets enough crowd sourcing on LEGO Ideas the ball will get rolling for Universal Pictures and Spielberg to work out a licensing deal with Tris, which would hopefully include the charitable bit.
4.1
Score
Popularity
Activity
Freshness
Get Trend Hunter Dashboard