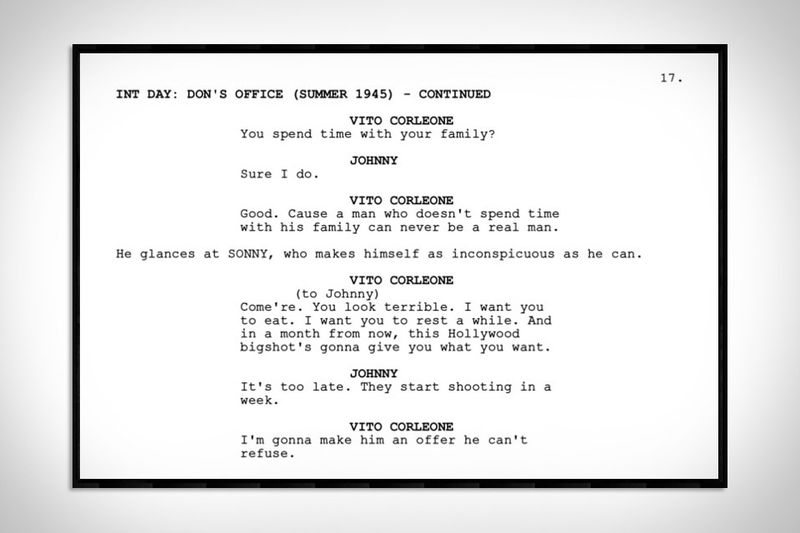 Michael Hemsworth — July 12, 2017 — Art & Design
References: etsy & uncrate
Share on Facebook Share on Twitter Share on LinkedIn Share on Pinterest
We often think of our favorite lines from our favorite movies as they were spoken by leading actors and actresses, but these Movie Screenplay Posters from CutToPosters aim to change this. Coming in a variety of different options from many different iconic films, the posters feature scenes that stole the show, our imagination or that were simply performed perfectly by our favorite characters. Available from Etsy retailer CutToPosters, the film posters are quite minimalist in style and feature only black and white text that looks like an enlarged image of a screenplay.

The Movie Screenplay Posters can be purchased in a variety of styles from different films including the Star Wars franchise, Dumb and Dumber, When Harry Met Sally, Harry Potter, The Godfather and many more.
3.8
Score
Popularity
Activity
Freshness
Jeremy Gutsche Keynote Speaker