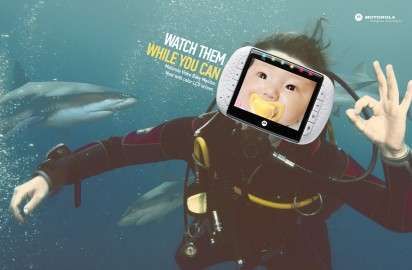 Meghan Young — April 9, 2013 — Marketing
References: ibelieveinadv
Share on Facebook Share on Twitter Share on LinkedIn Share on Pinterest
The Motorola Video Baby Monitor ad campaign strikes up some disturbing images. It shows misbehaving young adults, whose parents would want to smack their bottoms if they saw their regrettable actions, with baby faces. Hilariously entertaining and all too true, the images might rely on a bit of shock value, but all parties involved will smirk at its verity.