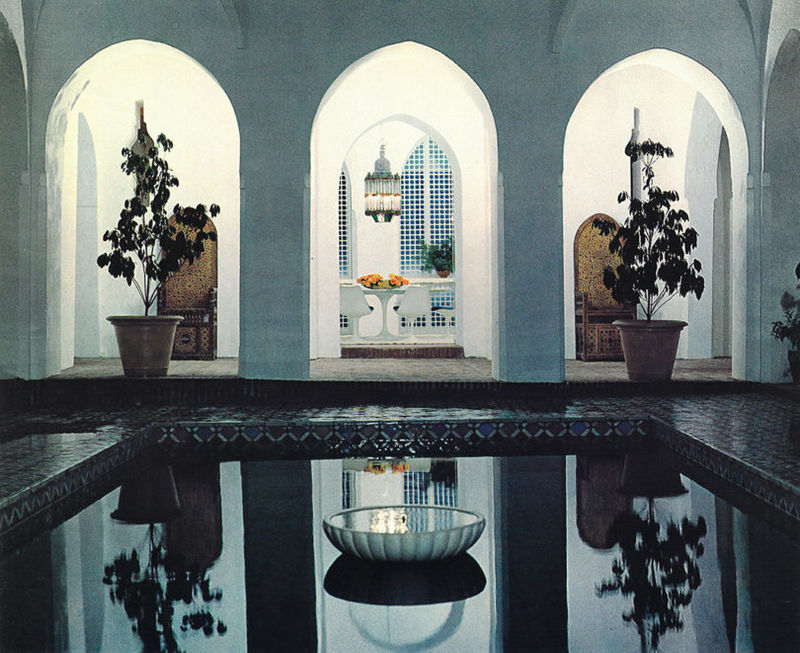 Kalina Nedelcheva — March 7, 2018 — Art & Design
References: johnstonmarklee & design-milk
Share on Facebook Share on Twitter Share on LinkedIn Share on Pinterest
Designer Johnston Marklee dives into the world of traditionally Moroccan-inspired interiors and modern chic decor for furniture manufacturing company Knoll's new showroom location in Los Angeles. The shop's arrangement and ambiance is largely inspired by a historic event within Knoll's lifetime as a company. In 1961 the firm's president purchased a 16th century York Castle in Tangier, Morocco, which was later utilized to exhibit the pleasing mixture of old and new in terms of contemporary interior design and which arranged the showrooms "as tableaus of habitable environments."

And now, Johnston Marklee draws on the Moroccan-inspired interior as a part of Knoll's heritage. The motifs of the African Kingdom are evident in the light of brass-framed windows and rounded arch doorways.

Marble-Covered Exhibition Spaces
'PETRA. The Stone Atelier' Boasts Stones from All Over the World