City-Themed Board Games
Next
Set of
Related
Ideas 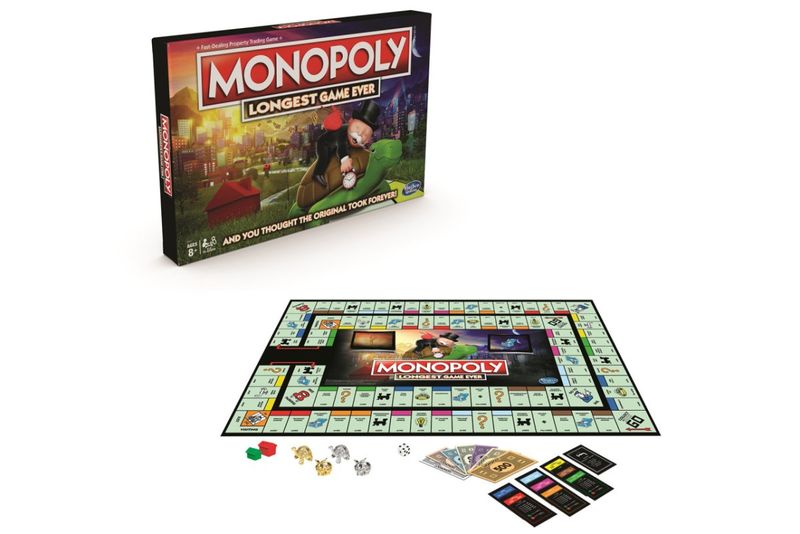 The Monopoly Longest Game Ever is an Amazon Exclusive from Hasbro

Laura McQuarrie — December 3, 2019 — Life-Stages
References: amazon & fox59
The average game of Monopoly can go well over an hour and Hasbro is introducing an exclusive version of the classic game on Amazon called the Monopoly Longest Game Ever. According to the game's rules, "The game doesn't end until someone own Every single property—and there are three versions of each in this board game." While Monopoly players are used to exiting the game when they go bankrupt, this version of the game offers no escape.

The extended version of the board game also slows down gameplay by including just one dice to prevent doubles and a total of 66 properties to be purchased—and according to the game's official rules, the winner must own all 16 streets, four railroads and two utilities.

For the customized version of the board game, players choose between a tortoise and a hare as game tokens.