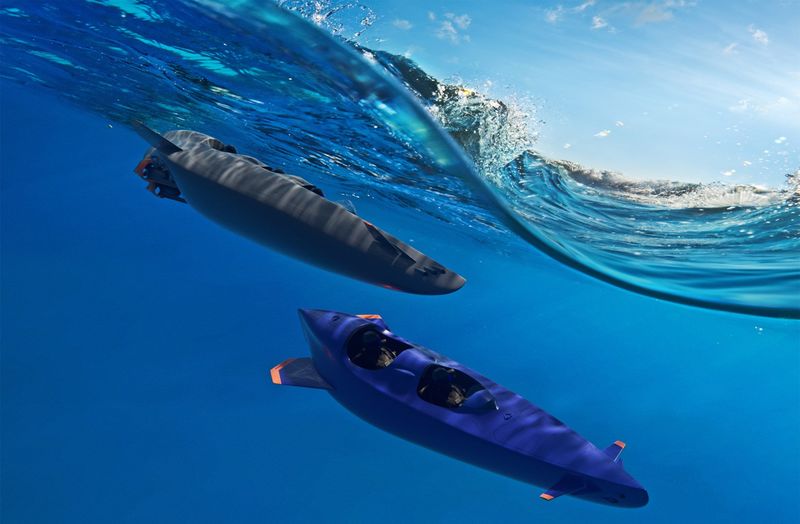 Ortega's MK1C Can Take Occupants Underwater Despite an Open Top

According to Ortega, the small, kayak-shaped submarine is the fastest underwater vehicle in the world. Beyond raw speed, the vehicle is also perfectly designed to help its operators with niche tasks. Part of that design convenience comes from the MK1C's open top. Just like a kayak, operators are exposed when riding in the vehicle. As such, they can easily exit and re-enter whenever they need to tend to a task, whether topside or underwater.