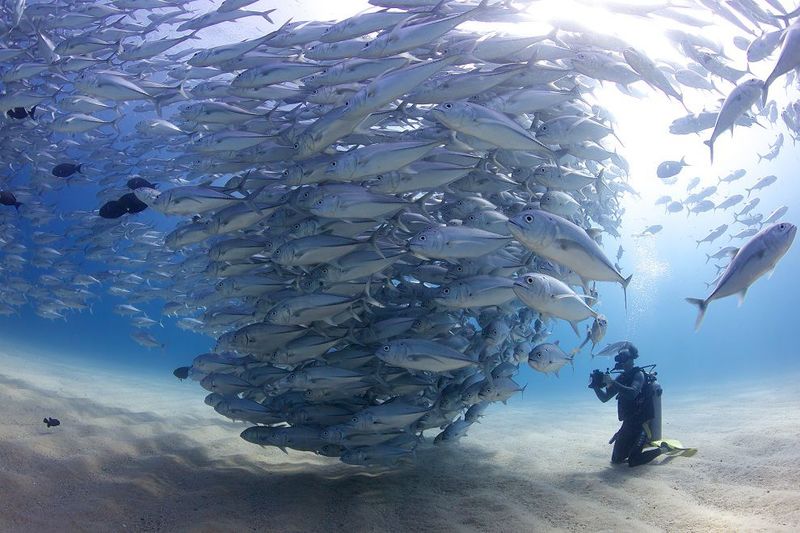 'Mission Blue' is a Multi-Media Campaign by National Geographic

Joey Haar — August 14, 2017 — Social Good
References: natgeomissionblue & sustainablebrands
Share on Facebook Share on Twitter Share on LinkedIn Share on Pinterest
India is the second-most populous country in the world, and Mission Blue is a new campaign devoted to addressing one of the biggest issues that the massive nation faces. The campaign, a partnership between National Geographic and Water Aid India, aims to engage and educate people on water scarcity in India, spotlighting the current water crisis and providing strategies that even the average person can implement to drive change.

There are several different components to the Mission Blue campaign. The centerpiece is a series of documentaries that will air on National Geographic, as well as several short films that are available on the campaign website. Mission Blue is being promoted in India by some of Bollywood's biggest stars, including actor Farhan Akhtar and directors Imtiaz Ali, Hansal Mehta, Aniruddha Roy Chowdhury, and Madhur Bhandarkar.
1.5
Score
Popularity
Activity
Freshness
Attend Future Festival Virtual

Educational Water Conservation Days
6,000 Employees Across the US Volunteered for #NestleCares Day