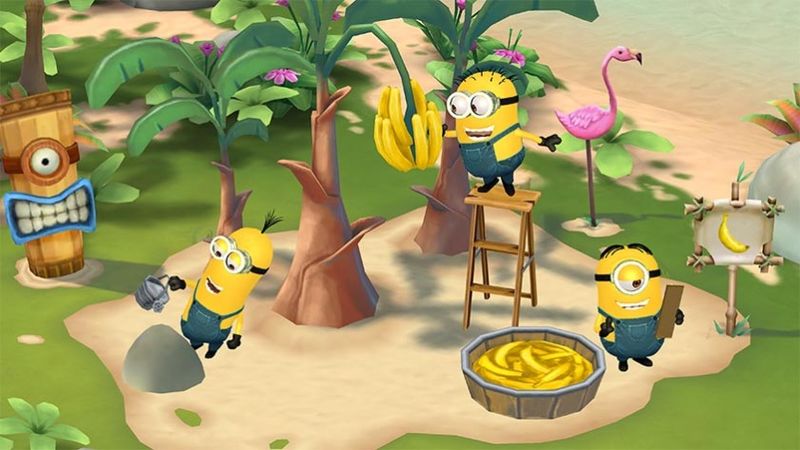 Jana Pijak — August 18, 2015 — Tech
References: androidauthority
Share on Facebook Share on Twitter Share on LinkedIn Share on Pinterest
EA's 'Minion’s Paradise' game launch pays homage to the popular animated film. A hit among cartoon fans of all ages, the 'Minions' movie has spawned countless products, DIY inspirations and more recently, this strategic monster game. Though designed for a young demographic, this strategy game is fun for fans of all ages and lets users build an island community that is inhabited by the beloved monsters.

'Minion's Paradise' centers around a band of minions who are angry at fellow monster Phil after he accidentally causes their vacation cruise ship to crash. Forced to inhabit a desert island, Phil must regain the trust of his minion friends and must defeat some villains along the way. This interactive game is both fun and educational, appealing to Gen-Z consumers with an appreciation for the 'Minions' franchise.
4.4
Score
Popularity
Activity
Freshness
Access Advisory Services