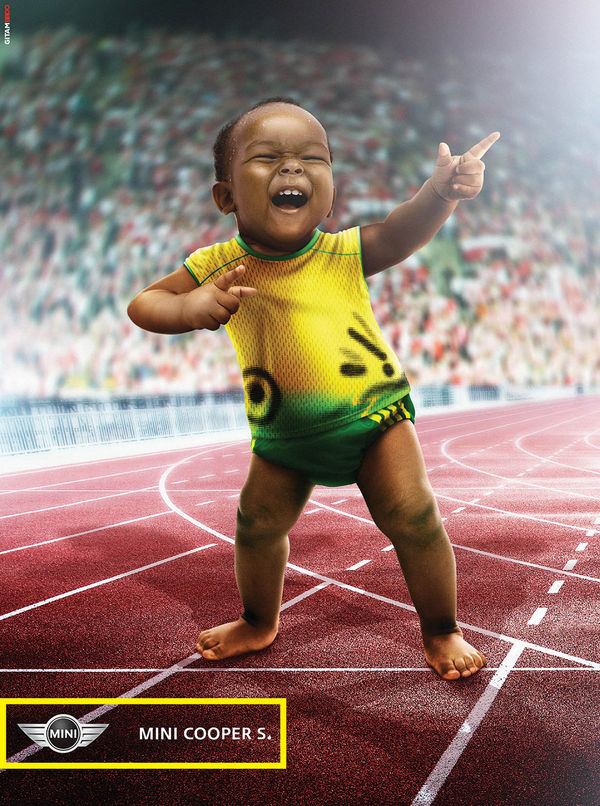 Meghan Young — February 28, 2014 — Autos
References: gitam.co.il & adeevee
Share on Facebook Share on Twitter Share on LinkedIn Share on Pinterest
The Mini Cooper S. ad campaign likens the latest automobile model to a baby Usain Bolt. Widely regarded as the fastest person in the world ever, it proposes that even in miniature form he would break records. Although quite a surreal image, it also suggests that people don't judge a book by its cover. Essentially, the Mini Cooper S. packs a punch.

Conceived and executed by Gitam Bbdo, an ad agency based in Tel Aviv, Israel, the Mini Cooper S. ad campaign was art directed by Shay Israel with creative direction by Igal Ezra and Danny Yakobowitch. The hilarious celebratory depiction was illustrated by artist Alex Melik-Adamov. With arms raised addressing the crowd after what could only be a win, such an attitude is transferred to the Mini Cooper S. itself.
5.8
Score
Popularity
Activity
Freshness
Access Advisory Services