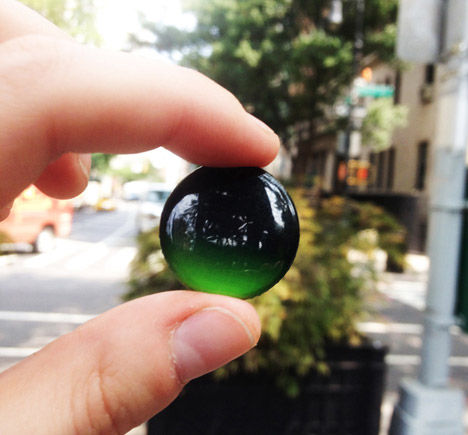 Michael Hines — August 10, 2014 — Eco
References: miltonglaser & dezeen
Share on Facebook Share on Twitter Share on LinkedIn Share on Pinterest
Milton Glaser, the man behind the I Heart NY logo, has started a new design-oriented campaign to spark conversations about global warming. 'It's Not Warming, It's Dying' aims to promote talk about rising greenhouse gases via colored buttons. The buttons are black and green, with the green representing the last bit of civilization not overrun by black smoke, also known as greenhouse gases.

In addition to buttons, there are also posters featuring the slogan and the dual-colored orb. Glaser is trying to take the campaign to social media, using #itsnotwarming while wearing the buttons. The buttons sell for $5 and come in a set of four to encourage people to share them with friends and curious strangers.
4.6
Score
Popularity
Activity
Freshness
View Innovation Webinars