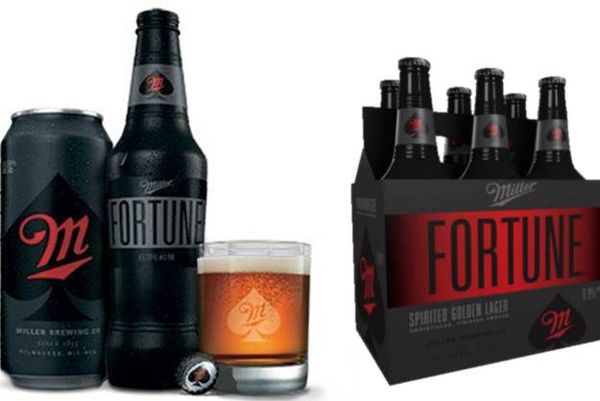 Miller Fortune is Meant to Compete with Liquor Brands

Meghan Young — January 30, 2014 — Lifestyle
References: millercoors & psfk
Miller Fortune is a bourbon-flavored beer that is meant to compete with liquor brands. Considering the cross over between the two recently (with beer putting on airs and liquor trying to act more casual) it is no surprise that Miller Fortune has been created to target early to mid-20 year old men. Not only does it come with a higher alcohol level than traditional beer, it is still cheaper than actual bourbon.

A joint effort between MillerCoors and SABMiller Plc, Miller Fortune is packaged in jet-black angular bottles that are meant to evoke “a guy in a tapered, athletic-cut suit,” according to its official description. In addition to this dapper branding, bartenders are being told to serve Miller Fortune in cocktail glasses to further set it apart from more traditional beers.
4.8
Score
Popularity
Activity
Freshness