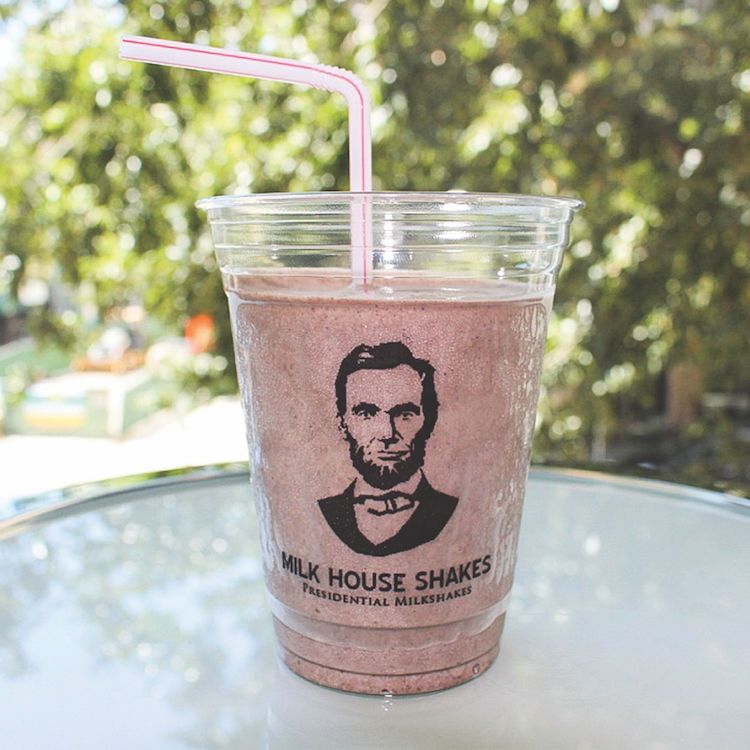 Joey Haar — August 9, 2017 — Lifestyle
References: milkhouseshakes & sactownmag
Share on Facebook Share on Twitter Share on LinkedIn Share on Pinterest
Milk House Shakes, a malt shop and the newest recipient of a business grant from the Downtown Sacremento Partnership, is putting a creative spin on dessert drinks. The shop includes several twists on milkshake flavors, each of which is inspired by and named after a US President.

One of the most creative of Milk House Shakes' beverages is the 'Theodore Roosevelt.' Named after the 26th President of the United States, it's made with vanilla ice cream, cold brew coffee, and chocolate-covered espresso beans. It gets its aromatic flavoring because of Roosevelt's famous affinity for coffee: legend has it that Teddy drank a gallon of coffee every single day, and he is believed to have coined Maxwell House's famous slogan, "Good to the last drop."
3.2
Score
Popularity
Activity
Freshness
Get Trend Hunter Dashboard