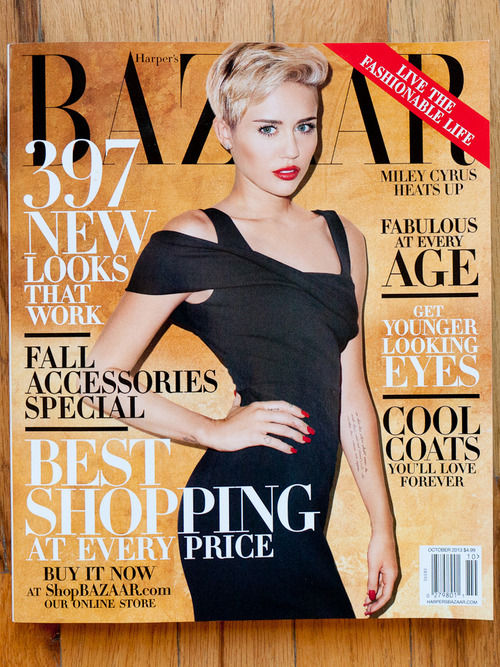 After all of the twerking buzz, Miley shows that she is versatile and can dress up or down when she wants to. On the cover of 'Bazaar Magazine,' Miley poses, hand on hip, with red lipstick and polish to match. Throughout the pages of her spread, there is no twerking seen, as Miley works the camera with her beautiful smile rather than her dance moves.

This magazine shoot shows us that Miley Cyrus is growing up in Hollywood and when she is not performing, she too can play dress up. Miley Cyrus and Terry create a fashionable, posh spread that showcases Miley as a woman and not as a preforming pop-star.
2.2
Score
Popularity
Activity
Freshness
Attend Future Festival