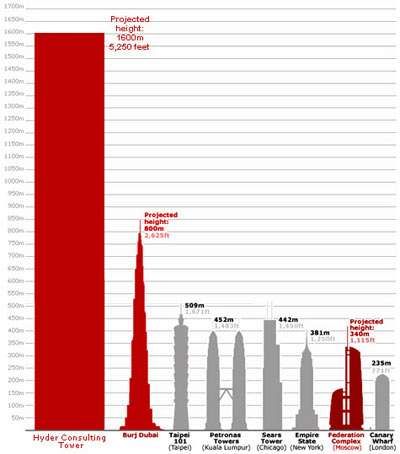 I'm talking about the unnamed, mile-high behemoth that Hyder Consulting plans on building. They're not sure (or at least, they're not telling anyone) about where the 5,250-foot-tall structure will be built - only, that it will be somewhere in the Middle East region. That would be more than four times the height of the Empire State Building!
6.4
Score
Popularity
Activity
Freshness
Access Advisory Services