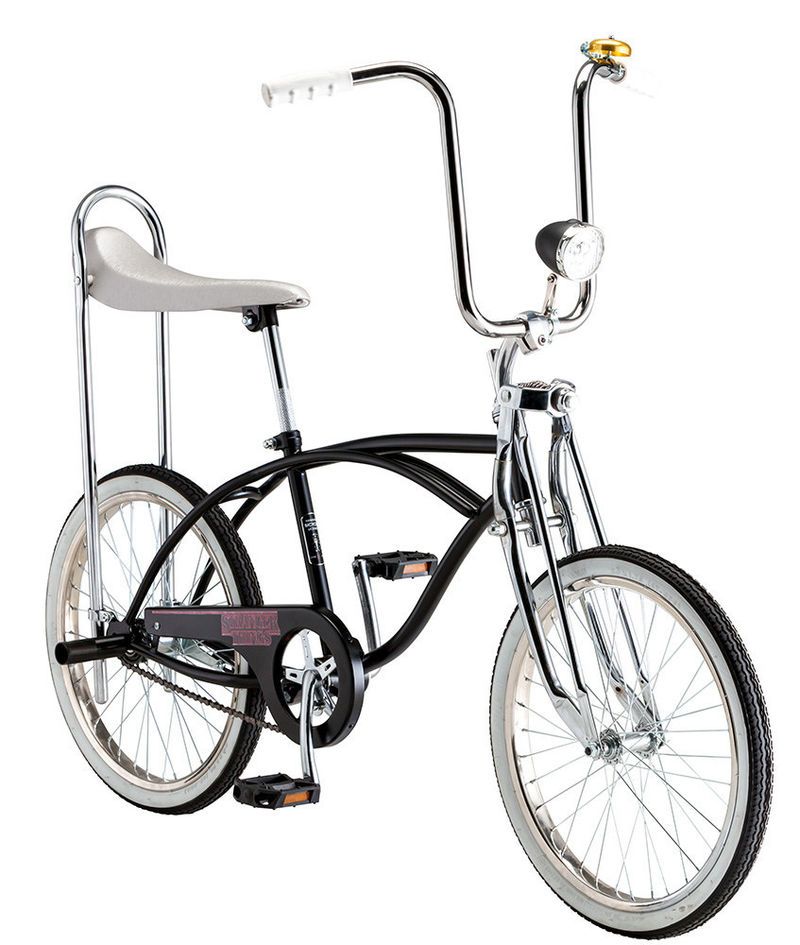 Just 500 bicycles will be made available to fans, packaged in special-edition, retro-themed collectible Stranger Things box. Along with high-rise ape bars, a front light and bell, the $379 bike also includes subtle details like the logo of the Netflix-exclusive series on the chainguard.

To promote the old-school feel of the bike, Schwinn created an 80s-style commercial that references the sci-fi TV series, noting that the bike will "turn your bicycle collection upside-down." Additionally, Mike's Bike may only be purchased by picking up a phone and calling 1-800-SCHWINN.
6.6
Score
Popularity
Activity
Freshness
Get the 2021 Trend Report FREE