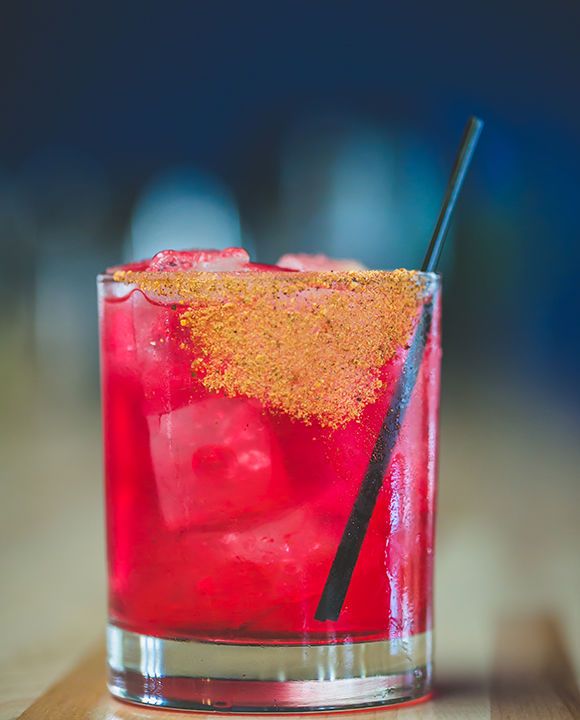 The La Capirucha from Mezcaleria Mixtli is a Smoky, Hot Pink Drink

Rebecca Byers — July 10, 2015 — Lifestyle
References: mezcaleriamixtli & imbibemagazine
Share on Facebook Share on Twitter Share on LinkedIn Share on Pinterest
This refreshing hot pink beverage is sure to change your view of mezcal cocktails. Created by Jesse Torres at San Antonio's Mezcalería Mixtli, the La Capirucha combines the sweet flavors prickly pear and the smokiness of the Mezcal, given the method of cultivation of the tequila-like spirit.

The first step in creating your own La Capirucha cocktail at home in the creation of the prickly pear syrup, which requires six ripe red prickly pears, one cup of sugar, one cup of water, six allspice berries and one cinnamon stick.

Once the prickly pear syrup is ready, combine it with the fresh lime syrup and mezcal and shake well with ice. The mix is then strained into an Old Fashioned glass filled with fresh ice. A Sal de Gusano salt rim is recommended, although a basic salted rim works just as well.
1.4
Score
Popularity
Activity
Freshness
Access Advisory Services