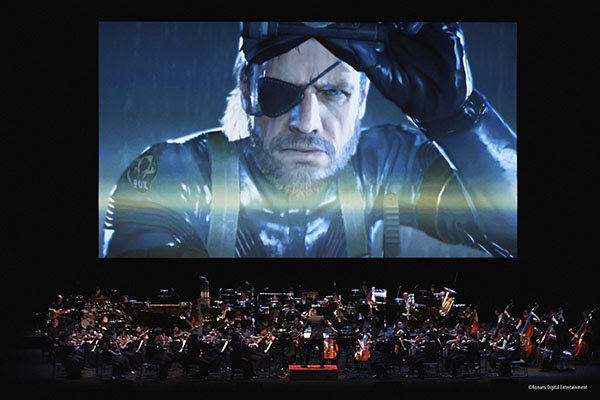 Justin Lam — March 16, 2018 — Tech
References: bleedingcool & nerdist
Share on Facebook Share on Twitter Share on LinkedIn Share on Pinterest
Hideo Kojima‘s Metal Gear Solid franchise has always joined together fantastic stealth action gameplay, stellar storytelling and an unforgettable soundtrack, and now fans of the series will get to experience a Metal Gear orchestra. The orchestra series is set to tour the US and Europe, with dates for Los Angeles, New York and Paris already announced. The concert will utilize HD footage from the games in the series which will sync with the live performance on stage.

The Metal Gear orchestra is set to feature 70 musicians on stage, including Metal Gear singer and voice actress Donna Burke. Burke will aid the orchestra in classic themes like “The Best is Yet to Come” and “Snake Eater,” as well as two other songs she originally performed for Metal Gear Solid: Peacewalker and The Phantom Pain. The Metal Gear orchestra previously played a series in Japan and was well received.
1.3
Score
Popularity
Activity
Freshness
Jeremy Gutsche Keynote Speaker