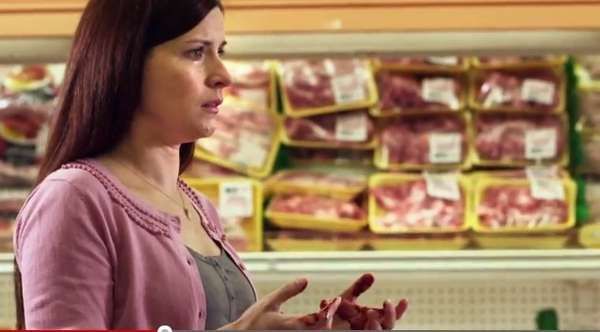 The Mercy For Animals ads promote vegetarianism, but they inadvertently say that humans are bloodying their hands by eating animals, using blood -- and a lot of it -- to spread the message. The first ad shows a woman grocery shopping, who picks up a pack of meat only to find that her hands are covered in blood. The second features a woman ordering a burger at a drive-thru; when she receives her takeout bag, it's drenched in blood, which spills onto and into her car. Finally, the third commercial has a student picking up lunch at his school cafeteria and leaving a trail of blood as he slides his lunch tray down the aisle. Each spot is followed by a series of images depicting animals in factory farms.

To be aired on MTV in New York and Los Angeles, the Mercy For Animals ads are certainly enough to make anyone consider going vegetarian.
3.1
Score
Popularity
Activity
Freshness
View Innovation Webinars