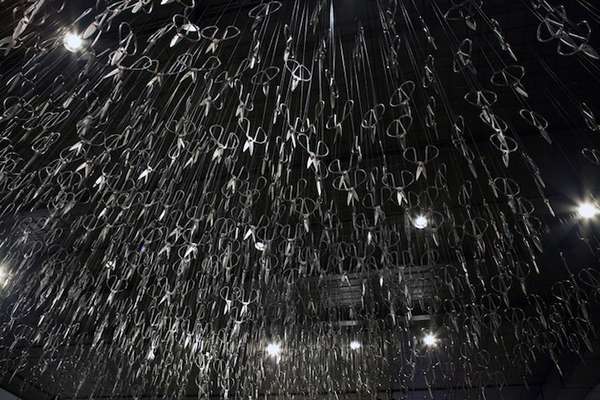 This mesmerizing piece presents Liu seated in a quiet room, where she is sewing white pieces of cloth handed to her by viewers. She has the task of putting the fabric together while being placed in a precarious position under thousands of blades. The relationship between femininity and danger is also interesting in this project. The artist explains, “I grew up in China. These traditional scissors are used in each household. There is a warm familiarity about them…they are women’s tools, just like sewing is, traditionally, a woman’s task in domestic life.” The Mending Project by Beili Liu is dedicated to women and the power they have to mend things and bring families together, even if their rights and safety are at constant risk.

The Mending Project by Beili Liu is certainly one of the most powerful and evoking piece I’ve seen in a while. It’s truly inspiring and thoughtful; it bring audiences together in an environment of peace and fear.
5.8
Score
Popularity
Activity
Freshness
Get the 2021 Trend Report FREE