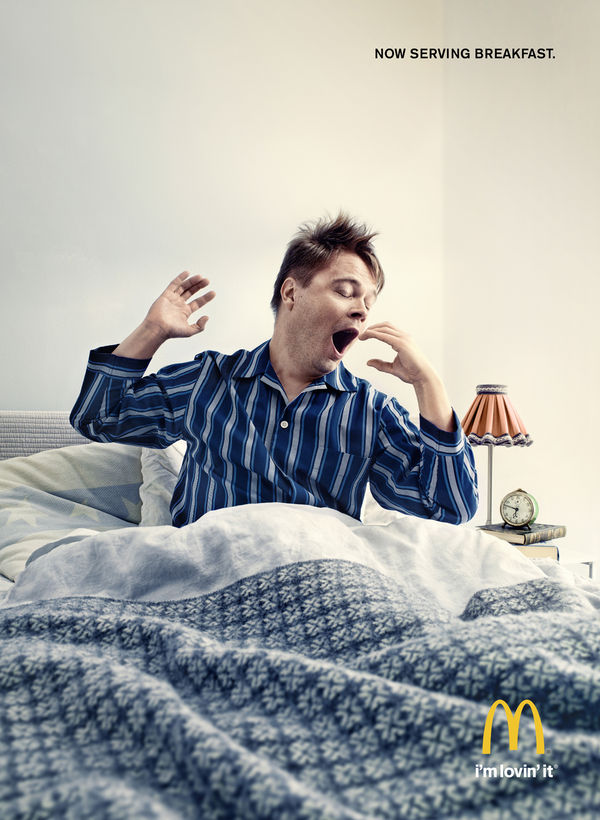 The McDonald's Breakfast 2014 Campaign Revolves Around a Deceptive Yawn

Meghan Young — February 10, 2014 — Marketing
References: ddb & adeevee
The McDonald's Breakfast 2014 ad campaign shows that some unlucky countries still don't get to enjoy the fast food's morning meal menu. Yet these print ads usher in a new level of satisfaction for those residing in Finland. As they read simply, "Now serving breakfast."

Conceived and executed by the DDB ad agency branch based in Helsinki, Finland, the McDonald's Breakfast 2014 ad campaign captures a man and woman waking up with a big yawn. But that yawn is also interpreted as a big bite out of an imaginary breakfast sandwich, by the position of their hands. Art directed by Jukka Mannio with creative direction by Vesa Tujunen, the images were shot by photographer Anton Sucksdorff and perfected by graphic designer Antti Salminen.
4.1
Score
Popularity
Activity
Freshness