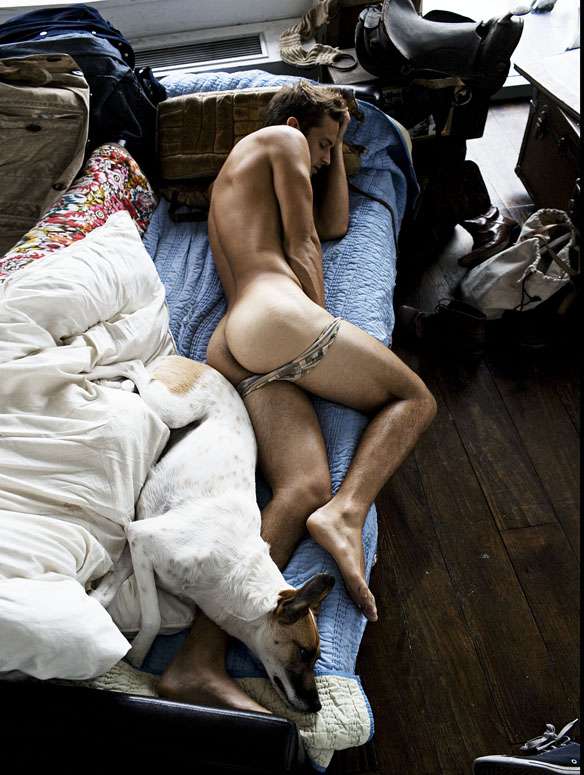 Max Emerson by Rick Day Displays Nudity with No Shame

Amelia Roblin — September 9, 2011 — Naughty
References: rickdaynyc & homotography.blogspot
Share on Facebook Share on Twitter Share on LinkedIn Share on Pinterest
Any man who looks half as good as the star of this editorial should have that unshakably confident look on his face, as captured in these photos of Max Emerson by Rick Day. Reminiscent of much of the photographer's other work, these spreads frame the most irresistible features of the muscular masculine form.

Towards the beginning of the series, the subject awakes in the morning, sprawled out on his couch with his underwear drawn down. While he is later pictured in pants and even in a shirt, it seems that the male model is doing his best to undress wherever possible. The good news for the viewer is that throughout these images of Max Emerson by Rick Day, chiseled washboard abs are kept in full view.
6.9
Score
Popularity
Activity
Freshness
Get Better and Faster