30 Gifts for Runners
Next
Set of
Related
Ideas 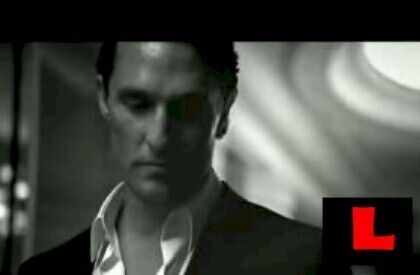 Bianca — February 19, 2008 — Marketing
References: news.lalate
Share on Facebook Share on Twitter Share on LinkedIn Share on Pinterest
We have seen so many celebrities model for designers in print, it's nothing new. Rare still are celebrities who act in TV spots for designers. Nicole Kidman did it for Chanel, and now Matthew McConaughey is sharing his chiseled body with the world in the latest Dolce and Gabbana campaign.

The hunky actor appears in the black and white video for the male version of The One commercial. A sultry jazz tune plays as he steps out of a car, sunglasses one despite it being night as paparazzi flash their cameras at him. He makes his way from the street to his hotel room, his crisp white shirt unbuttoned daringly low, paired with a well tailored black suit. After making it to his room, he removes his shirt to reveal his sculpted muscles at which the the clip changes to full colour.

Gisele Bundchen does the female half of The One fragrance campaign, which is equally sexy, yet has been around for a while. We've posted it for your enjoyment below anyway.

50 Fashion Campaigns With Iconic Figures
When Models Stay At Home