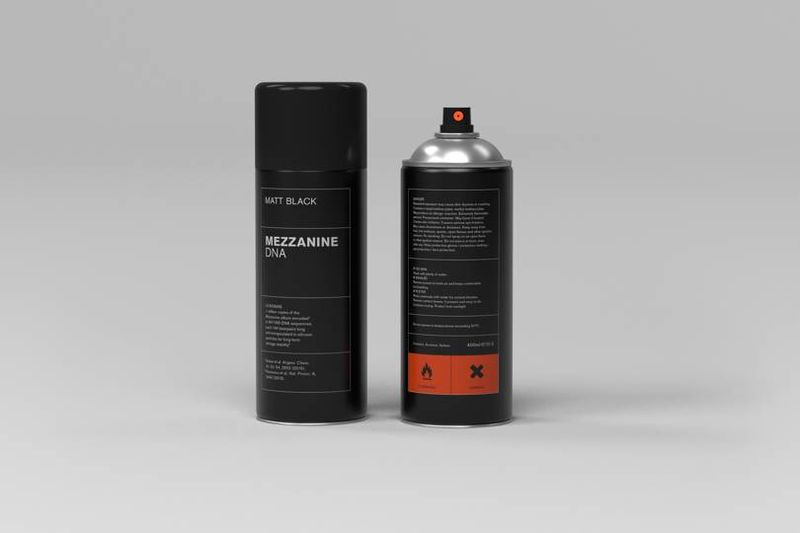 Massive Attack 'Mezzanine' Has Been Reissued in a Unique New Form

Laura McQuarrie — October 30, 2018 — Pop Culture
References: massiveattack & wired
When Massive Attack 'Mezzanine' came out two decades ago, it was an innovative album that became known as the first of its kind to be streamed for free online. In celebration of the album's 20th anniversary, Massive Attack is now reissuing the album in a unique new format—encoded as strands of synthetic DNA.

Massive Attack launched a limited-edition spray paint can that contains about a million DNA copies of Mezzanine. Creating this product was a lengthy process that involved translating the album to DNA fragments, which are then stored in tiny glass beads.

Band member and artist Robert Del Naja also created an art print using Mezzanine DNA and notes: "If you were to spray, scrape it off the wall and have it analyzed in the correct conditions, you’d be able to play the album back—as soon the right player becomes available."
3.4
Score
Popularity
Activity
Freshness