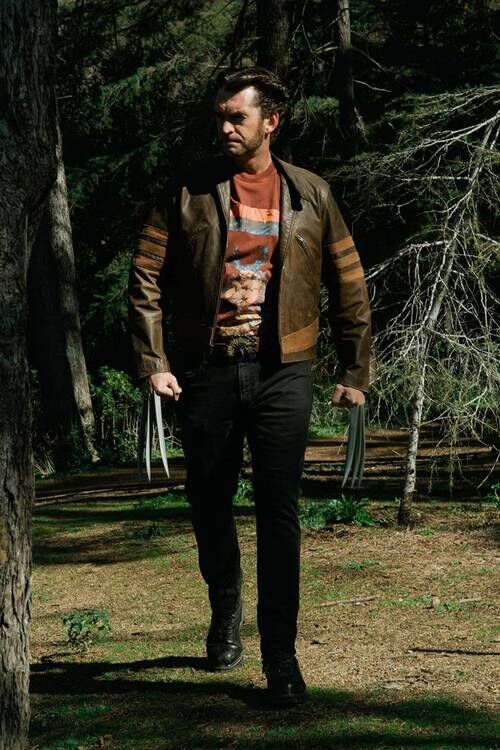 Amy Duong — March 17, 2021 — Pop Culture
References: hypebeast
Share on Facebook Share on Twitter Share on LinkedIn Share on Pinterest
Marvel and Brain Dead join forces for the first time and the duo shine a spotlight on the iconic antihero from X-Men, Wolverine. They pay tribute to the character through apparel designs and showcase the items with a Hugh Jackman-lookalike, @hollywoodwolverine.

The capsule is made up of three tees, a hoodie, a crewneck sweater, long sleeve shirt, and a jacket with graphics nodding to both brands. The jacket is the most notable with Brain Dead branding on the chest and a graphic of Wolverine fighting Venom on the back. Brain Dead talks about the collaboration, “Wolverine has always been our favorite Marvel superhero,” the company says in a press release. “The character has attracted some of the best illustrators and authors to draw and write for him. We took some of our personal favorite works to translate into product."